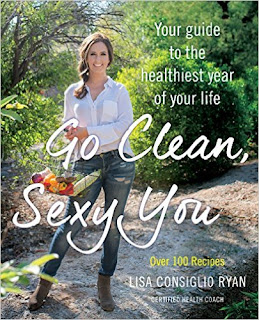 
Ryan has written a book with broad appeal, especially to those tired of counting calories, points or deprivation diets. Not only does it include easy to understand and make recipes (100 of them), but they are divided by the seasons of the year. The ingredients are realistic and can be found in any grocery store. She provides frequently asked questions and daily instruction on how to detox and find balance within yourself. The Shopping Lists and the List of Items for your pantry are invaluable for anyone confused by what to buy to eat healthy and have more energy. Healthy smoothies, snacks and desserts are included for people like me who need a little something extra. The testimonials are impressive and worth a read.

This book will be an excellent holiday gift.

I received a copy from BookSparks to review.

Lisa Consiglio Ryan is a certified health and nutrition coach, and the founder and CEO of Whole Health Designs, LLC, which provides detox programs and private coaching for those who desire to embrace clean living. She has a bachelor's of science degree in education. Her work has been featured in Fitness Magazine, Tiny Buddha, Elephant Journal, Kris Carr's Crazy Sexy Life, The Daily Meal, Mind Body Green. She loves green juice, Bikram yoga, and hanging out with her family in Baltimore,  MD.

Posted by Kathy Nester at Sunday, November 22, 2015 No comments: 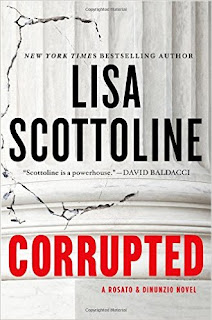 
Not every lawyer gets a second chance, Bennie championed for twelve-year-old Jason Lefkavick when he was sent to a juvenile detention center for a fight in middle school and now she is called upon to defend him in the murder trial of the same bully he fought many years ago. The original case has haunted Bennie ever since Jason's Dad fired her for becoming involved with the Uncle of the boy Jason fought and her failure to free Jason. Jason is claiming a frame up even though he was found covered in blood clutching the murder weapon. Bennie wants to believe him and feels she owes it to him to defend him at the risk of exposing her heartbreak and secrets.

Scottoline has a unique way of weaving fact and fiction to entertain and enthrall her readers. Her inspiration for this novel comes from a true-life scandal that rocked Luzerne County, Pennsylvania. Two Pennsylvania judges sentenced thousands of juveniles to a detention center for personal monetary gain. Dubbed the "Kids-for-Cash" scandal, it impacted the lives of many. Lisa decided to tell the story from the point of view of the children and their families. She is masterful in creating her characters and setting. I was fascinated with the details of the scandal as it unfolded and Lisa transported me there into the lives of Jason and Richie. I could see the detention center, feel Jason's fear and the hopelessness of Doreen raising Richie, a bully of a son. Living in the Philadelphia area, there are many familiar places mentioned and it adds to the reality of the story. Once started, it's hard to put this novel down until the very end. Having read Scottoline's other novels, I just knew there was going to be a surprising twist and she never disappoints. I recommend this book and can't wait to see what's next.

Lisa Scottoline is a New York Times bestselling and Edgar Award-winning author of twenty-four novels. She also writes a weekly humor column with her daughter, Francesca Serritella, for the Philadelphia Inquirer, and those stories have been adapted into a series of memoirs. She lives in the Philadelphia area with an array of disobedient pets. Learn more about Lisa at Lisa Scottoline.

Posted by Kathy Nester at Friday, November 13, 2015 No comments:

Sleeping With The Enemy 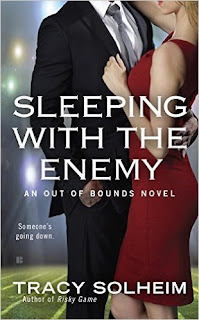 Bridgett Janik thought she had buried her hurt over a break up many years ago. Abandoned and pregnant in a foreign country, Bridgett vowed never to trust or love again. Nothing prepared her for being forced to work with and defend former lover Jay McManus. McManus owns a pro football team and is being sued by its own cheerleaders. Complicating the situation is the fact that Bridgett's boss is determined to nail the team account and Jay is equally determined not to lose Bridgett a second time.  Trying to maintain a professional relationship while resisting a sexual chemistry and attraction, Bridgett and Jay discover that their past has secrets to tell and their story isn't over yet.

Even though this is book 4 in the series, it reads as a stand-alone novel. Entertaining with lots of sexual tension, will they give in or is it over between them? Strong alpha characters who are both used to winning, but at what cost?  My only criticism is the small print on the pages, difficult for these eyes to read for any length of time. Fun, escapist reading.

I received a preview copy of this book from BookSparks and Netgalley for a review.

Tracy Solheim is the author of the Out of Bounds novels, including Risky Games and Foolish Games. A military brat who now makes her home in Atlanta, she began a writing career as a teenager when she penned a colin in her town's local newspaper. Then it was on to journalism school and a brief stint with NBC Sports. After spending nearly two decades writing reports and testimonies for Congress, she delved into fiction. See what she's up to next at tracysolheim.com.
Posted by Kathy Nester at Wednesday, November 11, 2015 No comments: 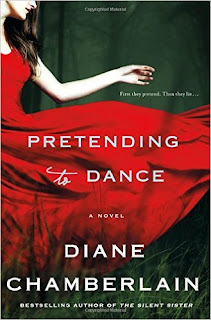 By her own admission, Molly Arnette, is a good liar. She loves her husband Aidan and they are hopeful they will be approved to adopt a baby since they cannot have one of their own. Aidan's family is the perfect family and it just seemed easier at the time to lie about hers than to try and explain why she is estranged from them. Molly laid that past to rest when she left North Carolina at the age of eighteen. Coming from a close-knit, nontraditional family on Morrison Ridge, Molly grew up with a father who had multiple sclerosis and dies under mysterious circumstances. Twenty years later, Molly now worries that the lies she told and the past she hid has come back to haunt her.

Chamberlain tackles difficult subjects...adoption, multiple sclerosis, family relationships and secrets in a sensitive, heart-warming story. Told from Molly's point of view, I was immediately engrossed in her story and didn't anticipate the outcome. Chamberlain is a master storyteller and left me wanting more, the characters came to life for me. I recommend anyone who is looking for an engrossing complicated story, consider starting this one and put the rest of your life on hold. You won't be able to stop once started!

I received an advance copy from BookSparks for a review.

Diane Chamberlain is the international bestselling author of twenty-four novels. She lives in North Carolina with her partner, photographer John Pagliuca and her shelties, Keeper and Cole.

Posted by Kathy Nester at Wednesday, November 11, 2015 No comments: 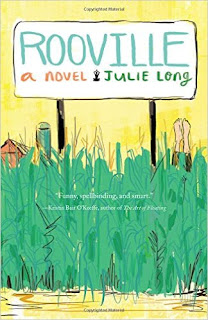 Even after living in San Diego for thirteen years, TV weatherman Owen Martin has not adjusted to moving from his hometown of Martinville, Iowa. The weather is always the same in San Diego, "seventy-five and sunny” Owen tries to liven up his forecast by showing viewers what weather really is like in other areas of the country. Fired for going rogue, his mother is getting married and the family farm is up for sale, Owen decides to return "home" and find what seems to be missing in his life. Naively thinking that the town named after his family would have remained the same in his absence, Owen discovers that Martinville has become the center of the Transcendental Meditation movement. Owen moves into his Grandparents home and seeks to block the meditating mayor from buying the farm and turning it into VedaLand. Almost running over the mayor's daughter on his first day in town changes Owen's life in ways that even he couldn't have imagined.

A heart-warming story of self-discovery, love, friendship and acceptance. Life has a way of surprising us and shaking things up. Owen is bored in San Diego, but not ready to accept the many changes in his hometown. Long uses humor and life situations to tell Owen's story which could be anyone's story. There are enough twists and turns to keep the reader engaged and to root for the farm to be saved and Owen to find true love. I enjoyed reading this novel and look forward to others from Long.

I received a copy of this novel from SparkPress to review.

Julie Long was born in Fairfield, Iowa, a typical midwestern town (the kind with a bandstand in the middle of the square) that just happened to become the center of the Transcendental Meditation movement. For several years she lived in Southern California before opting for the rural life in Western Pennsylvania. Today she lives on a farm with her husband extended family and an English bulldog named Wilson. This is her first novel. Visit her at Julie Long Writes.
Posted by Kathy Nester at Thursday, November 05, 2015 No comments: