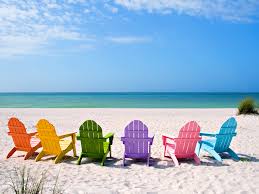 Have You Seen Luis Velez?  by Catherine Ryan Hyde

The Island of Sea Women by Lisa See

The Lost Girls of Paris by Pam Jenoff

Where The Crawdads Sing by Delia Owens

The First Mistake by Sandie Jones

Someone Knows by Lisa Scottoline


My books to read this summer:


Barnes and Noble List of Books Everyone Should Read

#mysummerisbooked #summerreading #recommendedbooks #mustread
Posted by Kathy Nester at Tuesday, May 21, 2019 No comments: 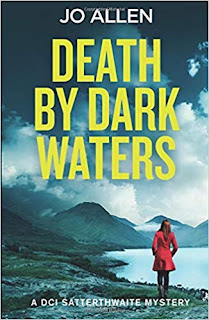 DCI Jude Satterthwaite, is called to the scene of a fire in the English Lake District. Jude is doing a job he loves in the county where he was born and raised, but job satisfaction comes at a price. His dedication to his career has put his former best friend in prison, which cost him the love of his long-time girlfriend, Becca Reid. Adding to his already complicated life, he tries to look out for his twenty-year-old troublesome younger brother, Mikey. When a body found in the fire turns out to be a twelve-year-old boy, unrecognizable and not reported as missing,  Jude is determined to find out his identity and the killer.

This series holds great promise and I look forward to reading and reviewing the rest of the books. I thought the beginning was a little slow, however, the author was introducing the main characters and their role in the story.

Jo has been writing since she could first put pen to paper. Short fiction, long fiction, non-fiction...anything will do to fill a dull moment and give her imagination a little more exercise.
Jo lives in Edinburgh but spends as much time as possible in the Lake District.
#deathbydarkwaters #mystery #detectiveseries
Posted by Kathy Nester at Monday, May 20, 2019 No comments: 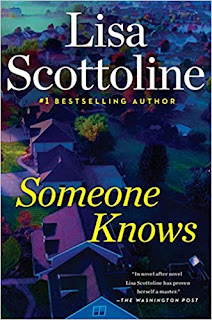 Five teenagers enter the woods surrounding a suburban housing development, five go in, and four come out. It's now twenty years later and the four have had to live with the consequences of their actions on that fateful night. Pledging to never speak to each other or the events of that night ever again has haunted them through their marriages, successes and abandoned dreams. One of the four is now dead and they attend his funeral and reconnect to discuss what they did and should have done. Are they legally liable because they did nothing and told no one? Will this secret destroy their present lives or has it already? Allie feels unworthy to have a baby and to fully love her husband; Sasha is drinking and popping pills to quell her anxiety, while Julian has been ruthlessly successful in his father's company. Each of them carries the memories of what they remember of that night fuelled by alcohol and jealousy. Do any of them know what really happened and who is to blame? A not so innocent prank ended in one death, who will be next?

I had the pleasure of hearing Lisa speak about Someone Knows. She is highly entertaining and loves to talk about moral and ethical dilemmas. As a former lawyer, she has insight into the legal aspects of the crime that was committed on that fateful night. The story is told in alternating voices and this adds to the suspense and unfolding of the story.  A good read for Book Clubs, there are many issues to debate and discuss. I have read all of her books and now have to wait for her next one.

She definitely has a thing for Bradley Cooper and includes him in many of her social media postings. She brought him with her to Barnes and Noble. 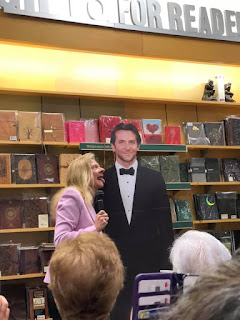 My friend and I waited in line to have her sign our books. Lisa is warm, friendly, and spends a few minutes with everyone in line. 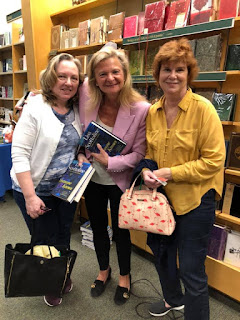 Lisa is a highly popular local author to the Philadelphia and Chester County areas and often incorporates local landmarks in her books.

Lisa Scottoline is the New York Times-bestselling author and Edgar Award-winning author of thirty-two novels. She has 30 million copies of her books in print in the United States and has been published in thirty-five countries. After a successful career in corporate law, Scottoline released her first legal thriller, Everywhere that Mary Went, in 1994. Her debut was nominated for an Edgar Award, the most prestigious award given in crime fiction. Her second novel, Final Appeal, won the Edgar Award for Best Paperback Original in 1995. Since then, she has gone on to write 30 more critically acclaimed novels, and her recent, After Anna, was a #1 bestseller. Scottoline also writes a weekly column with her daughter, Francesca Serritella, for The Philadelphia Inquirer, and those universally beloved stories have been adapted into a series of bestselling memoirs. In addition to writing, Lisa reviews popular fiction and non-fiction, and her reviews have appeared in The New York Times, The Washington Post, and The Philadelphia Inquirer. Lisa has served as President of Mystery Writers of America and has taught a course she developed, "Justice in Fiction" at the University of Pennsylvania Law School, her alma mater. She lives in the Philadelphia area. For more information https://www.scottoline.com 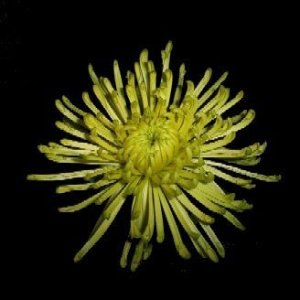 You can find the pattern and directions at Patterns by Jen. 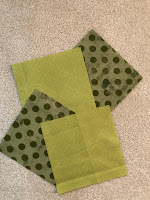 Choosing the fabrics for this block isn't easy for me. 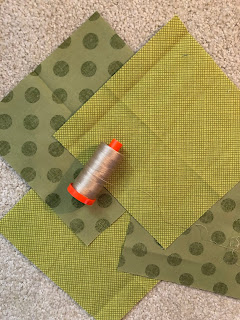 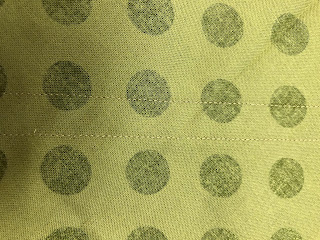 When I don't have a thread that matches the fabric, I choose a neutral thread by laying it on the fabric to see if it disappears. The thread is not as shiny as it appears in the picture on the left. 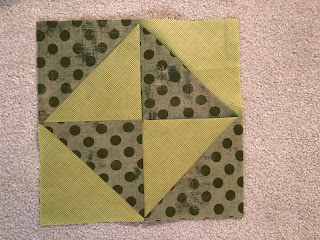 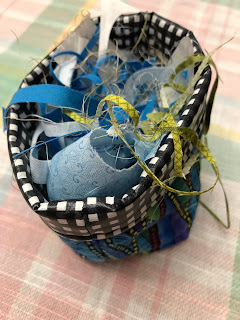 It's a good day when my thread catcher is overflowing! 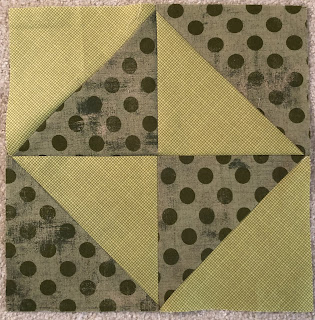 The block is brighter than it is photographing! 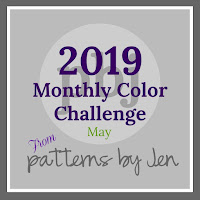 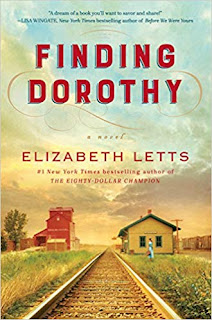 The blurb inside the front cover sets the stage "This richly imagined novel tells the story behind The Wonderful Wizard of Oz, the book that inspired the iconic film, through the eyes of author L. Frank Baum’s intrepid wife, Maud. Hollywood, 1938: As soon as she learns that M-G-M is adapting her late husband’s masterpiece for the screen, seventy-seven-year-old Maud Gage Baum sets about trying to finagle her way onto the set. Nineteen years after Frank’s passing, Maud is the only person who can help the producers stay true to the spirit of the book—because she’s the only one left who knows its secrets."
Letts takes us from Hollywood, 1938, to ten-year-old Maud in Fayetteville, New York in 1871 and back again. She provides an insight into Maud's unconventional family, her mother, a suffragette, calls Susan B. Anthony "Auntie," and encourages Maud to be independent. When Maud goes to college, she has a hard time fitting in with the other students especially when her roommate suggests that Maud be like a plant, somewhat invisible. Maud eventually meets L. Frank Baum, the free- spirited cousin of her roommate, and is able to remain true to herself while being a wife and mother.
In 1938 Maud makes it her mission to hold MGM accountable for preserving the character of Dorothy in Frank's book. She's not too sure about Judy Garland in that role until she hears Judy sing.
This insight into the world of film and producers in the 1930s reminds me that not much has changed since then as evidenced in the Harvey Weinstein allegations.

A thoroughly enjoyable read and will absolutely appeal to Wizard of Oz fans. The story behind the song, "Somewhere Over the Rainbow" and a look behind the scenes of the movie made this book fascinating to me. Historical fiction provides a glimpse into the past in an enriched format. The storyteller takes an incident, event, or person from history and weaves a believable tale to enlighten the reader. Well done, Elizabeth Letts.


ELIZABETH LETTS is the #1 New York Times bestselling author of both historical fiction and non-fiction. #1 New York Times Bestseller The Eighty-Dollar Champion was a 2011 Indie Next Pick, a Goodreads Reader’s Choice Finalist and winner of the 2012 Daniel P Lenehan Award for Media Excellence from the United States Equestrian Foundation and is currently in development as a feature film at MGM Studios. Her second work of non-fiction, The Perfect Horse was a New York Times bestseller and the winner of the 2017 Pen USA Literary Award for Research Nonfiction and is available in a young reader edition. Her most recent book, Finding Dorothy, is on sale now. She is also the author of two novels, Quality of Care and Family Planning, and an award-winning children’s book, The Butter Man. A graduate of Yale College and the Yale School of Nursing, she is a passionate equestrian, a former certified nurse-midwife, and she served in the Peace Corps in Morocco. She lives in Southern California and Northern Michigan.