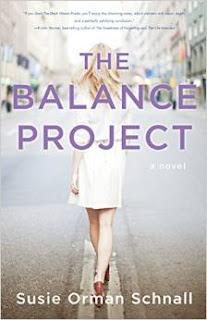 "Sometimes things fall apart because life has something better to come."

Twenty-five year old Lucy Cooper, is assistant to high-powered, media darling, forty-five-year-old, Chief Operating Officer of Green Goddess and Co., Katherine Whitney. Whitney in her best-selling novel, the Balance Project, espouses that women can have it all...career, perfect marriage, adorable children, exercise, best friends...all it requires is balance. Lucy is the one charged with keeping it together for Katherine while Lucy's life is falling apart. Lucy has no time for her boyfriend Nick, laundry, best friend Ava, family, etc. Cracks soon appear in Katherine's perfectly balanced life when the nanny gets sick; her husband has an affair and Lucy applies for a different job. To save herself, Katherine undermines Lucy and their relationship with disastrous results!

Life's challenges for working women are poignantly told, humorously and realistically. Schnall has captured those moments when life gets in the way no matter how well planned the situation is.
Fans of The Devil Wears Prada will enjoy this book.


Susie Orman Schnall grew up in LA and graduated from the University of Pennsylvania. The Balance Project is her second novel. Her first novel, On Grace, won numerous awards. 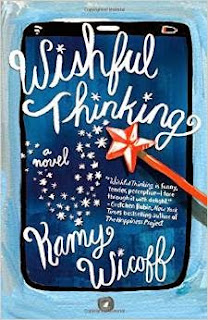 
What working mother doesn't dream about being in two places at once and full-time at the office and still have quality time with her kids? What if an application was developed that would allow it to happen and the app mysteriously showed up on your lost phone?

When Jennifer Sharpe, overworked, spread thin, divorced mother of two, discovers the Wishful Thinking app on her phone she doesn't know what to think. The app does come with a warning that if she chooses to use it, Jennifer must contact the designer for some instruction prior to use. Feeling pressured at work to stay long hours, promised a twenty thousand dollar bonus for the completion of a community project and challenged by her ex-husband for a fairer custody agreement, Jennifer throws caution to the wind and creates an "event." Through the use of a secret bathroom on the eighteenth floor, Jennifer was able to time travel to attend her son's guitar recital and a scheduled staff meeting at work. Promising the designer, physicist Dr. Diane Sexton, that she will limit her use of the app, Jennifer soon becomes addicted to being "superwoman." When her worlds collide (who didn't see that coming) Jennifer allows her best friend and a work colleague in on her secret routine. Using her talent for time travel, Jennifer unveils an embezzler and like all superwomen, saves the day.

Told with humor and angst, Wicoff creates a fantasy world in which many working parents can relate and identify with daily. A tale of parenting, friends, love, divorce, romance and lack of sleep. This novel will appeal to many sleep deprived, guilt driven Mom's who can't do it all no matter how hard they try and will provoke many pool/beach side conversations.

Kamy Wicoff is the founder, with author Deborah Siegel, of SheWrites.com, the world's largest online community for women who write. She is also the founder, with publisher Brooke Warner, of She Writes Press.
Posted by Kathy Nester at Monday, May 25, 2015 No comments:


"It was the summer all the children in the neighborhood caught a virus."

Suzie Epstein's 15th birthday party was derailed by an argument between her parents. Some speculated that Suzie started it all because she was the first to get sick, others wondered if there had been an adult supervising the party, others would not have caught it too. Or was it Suzie showing Sam Turner the box of photographs hidden in a closet on the top shelf in her father's room? How many mothers in the neighborhood were included in this private collection and what did inclusion mean? Suzie and Sam sharing their first serious kiss seem to seal an unspoken agreement, but Sam is not sure what he has agreed to.

That summer of 1997 when vacations got cancelled, summer jobs started late and attendance at camps postponed; set in motion a chain of events with far reaching consequences masterfully crafted by Analtek. Told in alternating voices of Sam, Suzie and Bella, Analtek takes us on a journey of seemingly daily nondescript events, which add up to friendship, first love, marriage, heartbreak and family.

Antalek has certainly created powerful voices for her main characters, each vying for the opportunity to tell his or her story. Sam, Suzie and Bella grow up in the 15 years represented as time marches on.

I enjoyed this book, but it left me not quite satisfied with the story. Perhaps, it is my perspective and age, but I felt that at times it lacked the depth needed to convince me that the characters are "real." There were times when Antalek was a craftsman and I wanted more of that "voice." When I read fiction, I want to continue the story or wonder what the character is doing, saying, feeling now after the book ends. This book just didn't do that for me. I will look forward to reading additional work by Antalek and see her progression as a writer. 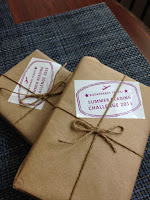 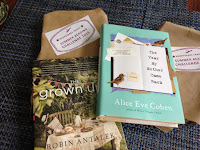 Look what I received today and they even come gift-wrapped!
Let the Summer Reading Challenge begin...
Posted by Kathy Nester at Wednesday, May 13, 2015 No comments: