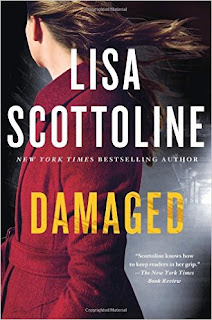 Patrick O'Brien is a ten-year-old with a reading disability who has been punched and abused by a school classroom aide. His Grandfather and Guardian is unaware of the situation at school until that same aide sues him and the Philadelphia School District by claiming that Patrick attacked him with a pair of scissors. Partner in the Rosato & DiNunzio law firm, Mary DiNunzio is planning to be married in two weeks and she doesn't have time to take on new cases, but Patrick and his Grandfather ignite her passion for justice and she agrees to investigate and represent them. The opposing lawyer, Nick Machiavelli, portrays Patrick as a troubled youth with violent tendencies as evidenced in his drawings and the case takes an unexpected turn when Patrick feels cornered and aims a gun at a DHS caseworker and DiNunzio. It is now up to Mary to fight the system and rescue Patrick. Will Mary's partners and fiancé support her in the quest for answers and justice for Patrick?

I received a copy for review.

Scottoline is known for choosing a hot topic, researching it and presenting the "what if?" Her fast-paced and emotionally charged storytelling sucks me in from the very beginning, pulls me along and then wham! Twists and turns kept me guessing until the very end. The chapters that include her parents and future mother-in-law are hilariously South Philly and add comic relief to complicated issues. It's a roller coaster ride to the very end and then disappointment that it is over. What next for DiNunzio? I guess I'll have to wait impatiently for book 5.

Lisa Scottoline is a New York Times bestselling and Edgar Award-winning author of twenty-seven novels. She has 30 million copies of her books in print in the United States, she has been published in thirty-five countries, and her thrillers have been optioned for television and film. Lisa also writes a weekly column with her daughter, Francesca Serritella, for The Philadelphia Inquirer, and those critically acclaimed stories have been adapted into bestselling memoirs. She lives in the Philadelphia area with an array of disobedient pets. Visit Lisa Scottoline or follow Lisa on Facebook or Twitter @LISASCOTTOLINE
Posted by Kathy Nester at Saturday, July 23, 2016 No comments: 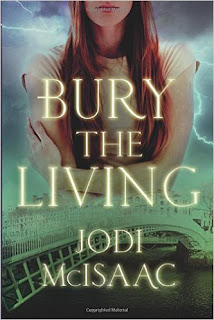 Nora's father is shot dead when he answers the front door and Nora O'Reilly's life changes forever. Her Irish mother copes by drinking away their meager income and teenage Nora decides that selling drugs at school to a select few will bring in extra money.  When her safety and her brother, Eamon, are threatened because of her drug selling, Eamon enlists to fight for their country’s freedom. Flash forward 10 plus years and Nora is haunted by both her past and recurring dreams of a man she doesn't know. This mysterious man begs her to travel to Kildare and to find Brigid.

Finding Brigid is not as difficult as she imagined and when she is handed a relic belonging to Brigid of Kildare, patron saint of Ireland, Nora is transported back eighty years—to the height of Ireland’s brutal civil war. She finds the man in her dreams, who claims not to understand why she is looking for him. They embark on a mission to save Ireland and to change the future.

I received an ecopy from NetGalley to review.

I thoroughly enjoyed this book. Irish history, time travel, romance with a strong female character, what's not to love? This is book one in the series and ends in a cliff-hanger, didn't want to put it down and can't wait for the next one.

Jodi McIsaac is the author of several novels, including A Cure for Madness and the Thin Veil Series. She grew up in New Brunswick, on Canada’s east coast. After abandoning her Olympic speed skating dream, she wrote speeches for a politician, volunteered in a refugee camp, waited tables in Belfast, earned a couple of university degrees, and started a boutique copywriting agency. She loves running, geek culture, and whiskey.
Posted by Kathy Nester at Thursday, July 21, 2016 No comments: 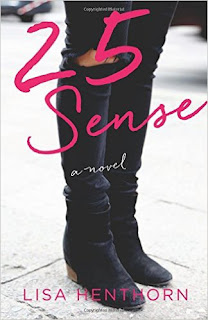 Twenty-something Claire Malone moves from SoCal to New York to experience life in the city and to broaden her career as a television writer. She didn't expect to fall in love with her married boss and to make mistakes that would impact her future career prospects. Re-evaluating her choices, Claire learns from those mistakes and questions the sincerity and motives of the people in her life.


Entertaining, fun, quick, story.  The tweets and chapter titles add to the story and I really looked forward to reading them. Henthorn has crafted a story of betrayal and disillusionment in an entertaining format. Definitely a beach and girlfriend read.


I received an Advance  Reader Copy from BookSparks for a review.

Lisa Henthorn is a television writer who wrote on the CBS show Swingtown, the CW show The Beautiful Life, and the A&E show The Glades. She lives in Santa Monica, California with her husband.