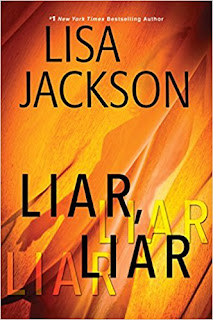 Didi Storm is determined to hit it big as a celebrity impersonator in order to claim fame and to care for her family. Remmi, her daughter, is fifteen and is much more realistic about their future especially since Didi now has twins with no husband in sight. When Didi takes one of the twins on a late night ride and Remmi is accidentally locked in a secret compartment in the car, Remmi witnesses a car explosion. Didi's actions are erratic after that late night assignation and Remmi fears for her life and the lives of her brother and sister. When Didi fails to return one day, Remmi sets out with her brother to find her. Fast forward twenty years later, a tell-all book is published about Didi and a woman in Didi's clothes falls from a San Francisco building just as Remmi is approaching the building. Is it Didi on the sidewalk? Who wrote the book about her mother and can Remmi finally get the answers to that fateful night in the desert?

An intriguing plot of mystery, fame, family relationships, and heartbreak. I always enjoy Lisa Jackson's books and I was not disappointed. This is the kind of book that you take on vacation, enjoy it and pass it on to a friend. Remmi is a very strong, resilient, likable character, Didi, not so much. I felt that Jackson did a good job of tying together all of the subplots, a couple of surprises, but satisfying at the end.

Lisa Jackson is the number-one New York Times bestselling author of more than 85 novels, including Afraid to Die, Tell Me, You Don’t Want to Know, Running Scared, Without Mercy, Malice, and Shiver.  She is also the co-author of the Colony Series, co-written with her sister, Nancy Bush. There are over 20 million copies of Lisa Jackson’s books in print in twenty languages.

Before she became a nationally bestselling author, Lisa Jackson was a mother struggling to keep food on the table by writing novels, hoping against hope that someone would pay her for them. Today, neck deep in murder, her books appear on The New York Times, the USA Today, and the Publishers Weekly national bestseller lists. More about Lisa www.lisajackson.com.

#mystery
Posted by Kathy Nester at Wednesday, June 27, 2018 No comments: 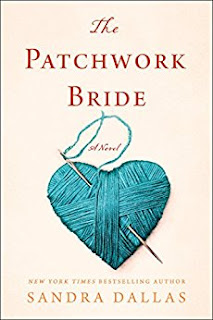 Ellen is reminiscing about her life while working on a wedding quilt for her Granddaughter, June, when June arrives at the ranch and proclaims the wedding is off. Through a series of stories about a woman named Nell, Ellen tries to reassure June that many brides have cold feet and that sometimes waiting to be sure is better. Nell is a young woman who journeyed to the New Mexico territory in 1898 in search of a husband. While working on her Aunt Lucy's ranch, Nell falls in love with a handsome cowboy, Buddy. Engaged to be married, stubborn Nell runs back to Kansas when Buddy tries to control her.  Engaged two more times, Nell eventually marries the love of her life. In the process of staying with her grandparents on their ranch and listening to Nell's story, June makes up her mind about marrying Dave.


I received an ecopy for a review.

The first Sandra Dallas book I read was "Prayers for Sale." Dallas has a way of capturing and retelling a tale that is both heartwarming and hopeful. Life is filled with disappointment and hardships, however, Dallas always shows the love that transcends the hurt. She breathes life into her characters who reflect the times and situations in which they lived. I love stories about strong women who don't settle in life and forge ahead in self-discovery and in search of their dreams. A great summer read!

New York Times best-selling author SANDRA DALLAS, the author of fifteen adult novels, two young reader novels, and two non-fiction books, was dubbed “a quintessential American voice” by Jane Smiley, in Vogue Magazine. Sandra’s novels with their themes of loyalty, friendship, and human dignity have been translated into a dozen foreign languages and have been optioned for films. For more info https://www.sandradallas.com. 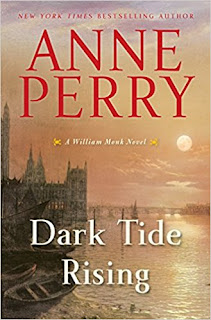 In this latest book in the William Monk series, Monk is asked to accompany Harry Exeter in paying the ransom for the return of his wife, Kate Exeter. When the ransom drop goes horribly wrong, Monk and his men are caught off guard and attacked, Monk begins to suspect that one of his own men has alerted the kidnappers. Monk realizes that he doesn't know about the personal lives of his men and he embarks on a mission to arrest the kidnappers and uncover the perpetrator who has corrupted his team. His investigation takes an ugly turn when the suspected kidnapper is found with his throat slashed and a bank teller is murdered.  Everyone has something to hide and it is up to Monk to uncover what it is and whether it is relevant to this case.

Set in Victorian England, Anne Perry has a gift for bringing the sights, sounds, and brutality of that era to her readers. I have always liked Jack the Ripper type books complete with the mystery of who he actually was and whether he has been identified. The William Monk series is well-written and has a plot complicated enough to hold my attention and always has a twist at the end. This one is no exception, it was engrossing from beginning to the end. Each of her books may be read as a stand-alone, but I would start at the beginning of this series and read them all!

From her website,  "Anne Perry's publishing career began with The Cater Street Hangman. Published in 1979, this was the first book in the series to feature the Victorian policeman Thomas Pitt and his well-born wife Charlotte. This is arguably the longest sustained crime series by a living writer.  She has now started a series featuring their son Daniel, beginning with 21 Days (2017). She began the Monk series in order to explore a different, darker character, and to raise questions about responsibility, particularly that of a person for acts he cannot remember. How much of a person's identity is bound up in memory? All our reactions, decisions, etc. spring from what we know, have experienced. We are in so many ways the sum of all we have been!" For more information on Anne Perry, visit her website. 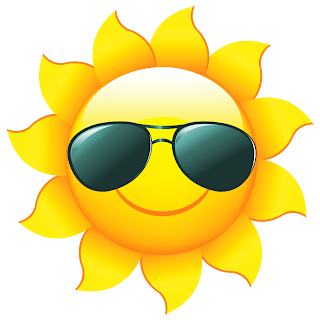 If you are looking for book suggestions for this summer:

The Dream Daughter by Diane Chamberlain

The Great Alone by Kristin Hannah

After Anna by Lisa Scottoline

I've Been Thinking by Maria Shriver

Before We Were Yours by Lisa Wingate

Authors:
All of the above and...

Some of the books I will be reviewing this summer :

I would love to know your thoughts if you read any of the above books!

When The Lights Go Out 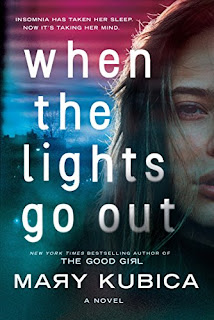 For Jessie's whole life it has only been Mom and her. Mom is in the hospital dying and Jessie isn't sure what she is going to do. Unable to sleep and not wanting to leave her Mom's side, Jessie survives on hospital cafeteria coffee and the kindness of the nurses. When the college financial aid office calls Jessie and tells her that there is a problem with her college application and that the social security number that Jessie has provided belongs to a dead girl. Jessie soon feels like Alice falling down the rabbit hole and starts to question who her mother really is and what happened to her father. Told in the alternating voices of Jessie and her mother, Eden, a horrifying story unfolds.

I have loved Kubica's previous novels, see my links to their reviews, but this book did not keep my interest. I guessed early in the book where the plot was going and hoped I was wrong. Maybe it is where I am right now, but the characters of Jessie and her mother did not hold together for me. It will be interesting when it is published to see how it is received and what others think of it. You'll have to read this one to decide for your self.

Mary Kubica is the New York Times and USA Today bestselling author of four novels, including THE GOOD GIRL, PRETTY BABY, DON’T YOU CRY and EVERY LAST LIE. A former high school history teacher, Mary holds a Bachelor of Arts degree from Miami University in Oxford, Ohio, in History and American Literature. She lives outside of Chicago with her husband and two children, where she enjoys photography, gardening and caring for the animals at a local shelter.