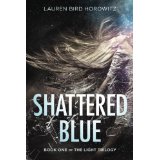 "Your sister is dead." This story begins with eleventh grader Noa dealing with the accidental death of her seventeen-year-old sister, Isla. Not only did they attend the same elite boarding school, Harlow Academy, but also they were roommates. Life is different now for Noa, being a "commuter" day student with her lively younger sister Sasha, stared at while walking the halls and attending classes, she just doesn't care anymore. Her best friends, Miles (who wishes he were more) and Olivia, are her safeguards at school. Home life isn't much better, her mother has isolated herself in her bedroom and her dad has buried himself in his work. Summoned to the Counselor's office, she meets tall, dark, and handsome, Callum Forsythe. Noa senses that Callum is different, a "strange feeling prickled her skin...like uneasiness and ... anticipation." Noa soon discovers that unusual events occur around Callum and much to Miles and Olivia's concern; she is drawn into a relationship with him and events in the Fae world. Include an evil brother who travels through a portal to look for his banished brother; Thorn the Hunter, who is searching for a magic ring and the personal consequences of impulsivity and irresponsibility.  This novel is fantasy fiction at its finest.

It's a good thing that this is the first in a Trilogy because I want to know more about these characters and what happens next. Well-written and thought provoking, the ethical dilemma facing the two brothers as to whether their survival is paramount over the humans who provide the "Light" or are sacrificed to the portal. Good versus evil is not always easily discernible and Horowitz has set the stage for the reader to want to read the next book. There are enough plot twists to keep the story moving and me interested. I would definitely recommend it to YA readers and Twilight fans.

I received an E book Advanced Reading Copy from BookSparks and NetGalley.

Lauren--or "Bird" as she is often known -- is a screenwriter and novelist lucky enough to call both Los Angeles and Kauai home. Bird studied writing at Harvard University with novelist Jamaica Kincaid, where she won several prizes including the Edward Eager Memorial Prize for fiction. She's a proud member of the Writers Guid of America. You can follow Bird on twitter (@birdaileen) and Instagram (@birdaileen) for trilogy updates.
Posted by Kathy Nester at Monday, September 21, 2015