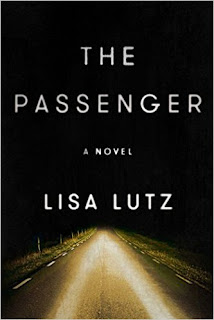 
"In case you were wondering, I didn't do it. I didn't have anything to do with Frank's death. I don't have an alibi, so you'll have to take my word for it." Tanya debates the few choices that she has and the believability of her alibi and decides to hit the road and take her chances. Tanya is so adept at transforming herself and creating a new persona, it soon becomes apparent that she has done this before her marriage with Frank. Thus begins the saga of Tanya, soon to be many other names and situations, on the run. Taking jobs and availing herself of vacation properties, changing her looks often, she hopes to be innocuous and disappear. Connecting through email to an old friend Ryan, another identity emerges and hints at an unsolved mystery and death.

I am a huge fan of the Spellman Files, so I wasn’t sure what to expect when this novel was described as a psychological thriller. I received an electronic copy from NetGalley to review and started it on a plane from Phoenix to Philly and couldn't put it down. I lowered the brightness on my IPad so I wouldn't run out of power during the flight so I could keep reading. Absolutely loved it! Lutz couldn't quite contain her humorous side, there were glimpses throughout and adds to the seriousness of Tanya's predicament. Twists and turns, totally unpredictable with a surprise ending!

From her website...www.lisalutz.com
Lisa Lutz is the New York Times bestselling author of The Spellman Files, Curse of the Spellmans, Revenge of the Spellmans, The Spellmans Strike Again, Trail of the Spellmans, Spellman Six: The Next Generation (previously published as The Last Word), Heads you Lose (with David Hayward), and the children's book, How to Negotiate Everything (illustrated by Jaime Temairik). Her latest book, How to Start a Fire, was published in May 2015. Lutz has won the Alex award and has been nominated for the Edgar Award for Best Novel.
Although she attended UC Santa Cruz, UC Irvine, the University of Leeds in England, and San Francisco State University, she still does not have a bachelor's degree. Lisa spent most of the 1990s hopping through a string of low-paying odd jobs while writing and rewriting the screenplay Plan B, a mob comedy. After the film was made in 2000, she vowed she would never write another screenplay. Lisa lives in a town you've never heard of in upstate New York.